The Way to Rainy Mountain (Paperback) 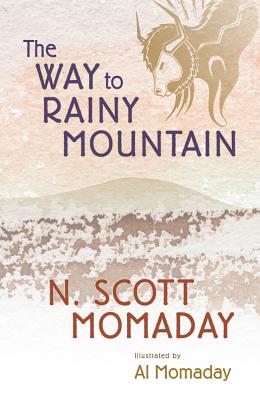 By N. Scott Momaday
Likely Out of Print, but possibly available from the Publisher. Call for more info

First published in paperback by UNM Press in 1976, The Way to Rainy Mountain has sold over 200,000 copies.

The paperback edition of The Way to Rainy Mountain was first published twenty-five years ago. One should not be surprised, I suppose, that it has remained vital, and immediate, for that is the nature of story. And this is particularly true of the oral tradition, which exists in a dimension of timelessness. I was first told these stories by my father when I was a child. I do not know how long they had existed before I heard them. They seem to proceed from a place of origin as old as the earth.

The stories in The Way to Rainy Mountain are told in three voices. The first voice is the voice of my father, the ancestral voice, and the voice of the Kiowa oral tradition. The second is the voice of historical commentary. And the third is that of personal reminiscence, my own voice. There is a turning and returning of myth, history, and memoir throughout, a narrative wheel that is as sacred as language itself.--from the new Preface