The Maestro, the Magistrate and the Mathematician: A Novel (Modern African Writing Series) (Paperback) 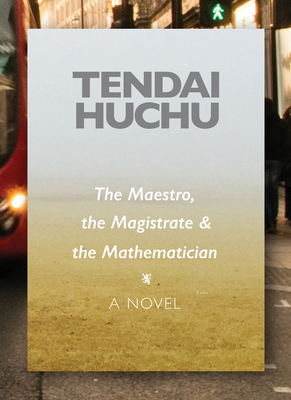 The Hairdresser of Harare, which the New York Times Book Review called “a fresh and moving account of contemporary Zimbabwe,” announced Tendai Huchu as a shrewd and funny social commentator. In The Maestro, the Magistrate & the Mathematician, Huchu expands his focus from Zimbabwe to the lives of expatriates in Edinburgh, Scotland.

The novel follows three Zimbabwean men as they struggle to find places for themselves in Scotland. As he wanders Edinburgh with his Walkman on a constant loop of the music of home, the Magistrate—a former judge, now a health aide—tries to find meaning in new memories. The depressed and quixotic Maestro—gone AWOL from his job stocking shelves at a grocery store—escapes into books. And the youthful Mathematician enjoys a carefree and hedonistic graduate school life, until he can no longer ignore the struggles of his fellow expatriates.

In this novel of ideas, Huchu deploys satire to thoughtful end in what is quickly becoming his signature mode. Shying from neither the political nor the personal, he creates a humorous but increasingly somber picture of love, loss, belonging, and politics in the Zimbabwean diaspora.

Tendai Huchu’s work has been translated into German, French, Spanish, and Italian. His fiction and nonfiction have appeared in Ellery Queen’s Mystery Magazine, Interzone, Wasafiri, and elsewhere. He was shortlisted for the 2014 Caine Prize.

“A sensitive exploration of the concepts of identity, family, and home grounded in a rich, intricately detailed depiction of the immigrant experience of the global African diaspora.” —Kirkus Reviews

“His first novel, The Hairdresser of Harare, was a black comedy of political manners, in the Zimbabwe of ZANU-PF and hyperinflation—and along with a sly treatment of sexuality that’s worth the price of admission alone—it put

“As we meet various family members and come to understand their relationships to one another, the familiar immigrant themes of assimilation, sense of place, belonging, and identity slowly emerge, with a freshness and originality that makes this a literary standout. And Edinburgh is a character all by itself as Huchu describes in precise and vivid detail its streets and natural landmarks.”—Booklist

“As characters' mundane paths cross and diverge with no one, really, the better for it, The Maestro, the Magistrate, and the Mathematician plots the meaning of the phrase ‘the devil is in the details.’ Huchu thus seems willing to try and capture—and play with—the widespread cynicism of our moment, in a literary field that sometimes prefers sanguine praise. This rare intermingling of wry humor and broad vision makes him a great interlocutor….”—Bookslut

“His first novel, The Hairdresser of Harare, was a black comedy of political manners, in the Zimbabwe of ZANU-PF and hyperinflation—and along with a sly treatment of sexuality that’s worth the price of admission alone—it put Huchu’s name on a lot of lists of writers to watch. In The Maestro, The Magistrate & The Mathematician, he has moved outward to the community of expatriate Zimbabweans living in Edinburgh but waiting for the time to be right to return, triumphantly, home.” —LitHub