Ibrahim the Mad and Other Plays: An Anthology of Modern Turkish Drama, Volume One (Middle East Literature in Translation) (Paperback) 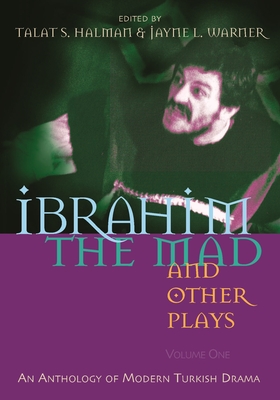 Since the middle of the twentieth century, Turkish playwriting has been notable for its verve and versatility. This two-volume anthology is the first major collection of plays in English of modern Turkish drama, a selection dealing with ancient Anatolian mythology, Ottoman history, contemporary social issues and family dramas, ribald comedy from Turkey's cities and rural areas. It also includes several plays set outside Turkey.

The two volumes together will feature seventeen plays by major playwrights published or produced from the late 1940s to the present day, with volume 1, Ibrahim the Mad and Other Plays, encompassing plays from the 1940s through the 1960s, and volume 2, "I, Anatolia" and Other Plays, including plays from the 1970s through the 1990s. They grant to English readers the pleasure of riveting drama in translations that are colloquial as well as faithful. For producers, directors, and actors they provide a wealth of fresh, new material, with characters ranging from Ottoman sultans to a Soviet cosmonaut, from the Byzantine Empress Theodora to a fisherman's wife, from residents of an Istanbul neighborhood to King Midas, from Montezuma to a Turkish cabinet minister.