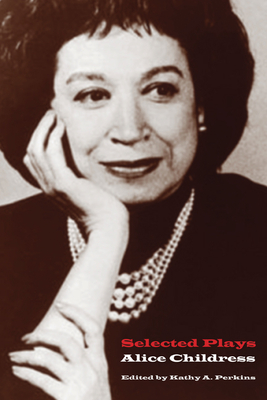 The first African American woman to have a play professionally produced in New York City (Gold Through the Trees, in 1952), Alice Childress occupies an important but surprisingly under-recognized place in American drama. She herself rejected an emphasis on the pioneering aspects of her career, saying that “it’s almost like it’s an honor rather than a disgrace” and that she should “be the fiftieth and the thousandth by this point”—a remark that suggests the complexity and singularity of vision to be found in her plays. Childress worked as an actress before turning to playwriting in 1949, and she was a political activist all of her life.

Spanning the 1940s to the 1960s, the plays collected here are the ones Childress herself believed were her best, and offer a realistic portrait of the racial inequalities and social injustices that characterized these decades. Her plays often feature strong-willed female protagonists whose problems bring into harsh relief the restrictions faced by African American women. This is the first volume devoted exclusively to the work of a major playwright whose impact on the American theater was profound and lasting.

KATHY A. PERKINS is a Professor Emerita of Theatre at the University of Illinois. She is the editor of Black Female Playwrights: An Anthology of Plays before 1950, Black South African Women: An Anthology of Plays, and African Women Playwrights. She is co-editor of Contemporary Plays by Women of Color and Strange Fruit: Plays on Lynching by American Women. She has been an award-winning lighting designer for productions throughout the United States, Europe, and South Africa.