The Sioux: Life and Customs of a Warrior Society (Civilization of the American Indian #72) (Paperback) 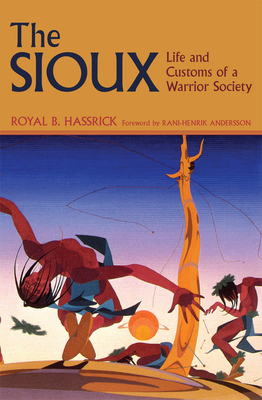 By Royal B. Hassrick, Rani-Henrik Andersson (Foreword by)
$24.95
On Our Shelves Now - Please call to confirm stock for hot titles

For many people the Sioux, as warriors and as buffalo hunters, have become the symbol of all that is Indian colorful figures endowed with great fortitude and powerful vision. They were the heroes of the Great Plains, and they were the villains, too.

Royal B. Hassrick here attempts to describe the ways of the people, the patterns of their behavior, and the concepts of their imagination. Uniquely, he has approached the subject from the Sioux's own point of view, giving their own interpretation of their world in the era of its greatest vigor and renown -the brief span of years from about 1830 to 1870.

In addition to printed sources, the author has drawn from the observation and records of a number of Sioux who were still living when this book was projected, and were anxious to serve as links to the vanished world of their forebears.

Because it is true that men become in great measure what they think and want themselves to be, it is important to gain this insight into Sioux thought of a century ago. Apparently, the most significant theme in their universe was that man was a minute but integral part of that universe. The dual themes of self-expression and self-denial reached through their lives, helping to explain their utter defeat soon after the Battle of the Little Big Horn. When the opportunity to resolve the conflict with the white man in their own way was lost, their very reason for living was lost, too.

There are chapters on the family and the sexes, fun, the scheme of war, production, the structure of the nation, the way to status, and other aspects of Sioux life.