A Spy in the House of Love (Paperback) 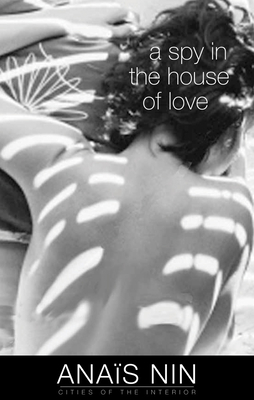 Although Anaïs Nin found in her diaries a profound mode of self-creation and confession, she could not reveal this intimate record of her own experiences during her lifetime. Instead, she turned to fiction, where her stories and novels became artistic “distillations” of her secret diaries. A Spy in the House of Love, whose heroine Sabina is deeply divided between her drive for artistic and sexual expression and social restrictions and self-created inhibitions, echoes Nin’s personal struggle with sex, love, and emotional fragmentation. Written when Nin’s own life was taut with conflicting loyalties, her protagonist Sabina repeatedly asks herself, can one idulge one’s sensual restlessness, the fantasies, the relentless need for adventure without devastating consequences?

Anais Nin—the celebrated novelst, diarist, and short story writer—was born in France and spent her childhood in various parts of Europe and in New York. Nin returned to New York just before the outbreak of World War II, and she spent the rest of her life living there and in Paris and Los Angeles. Her work is characterized by a interest in the subconscious. Her five novels in the Cities of the Interior series focus on different female types and follow their lives through lovers, art, and analysis. In 1973 Nin received an honorary doctorate from Philadelphia College of Art. She was elected to the National Institute of Arts and Letters in 1974.

“A prose/poetry dream, a lyrical celebration of the inner life and the images it evokes.”
— Daniel Stern