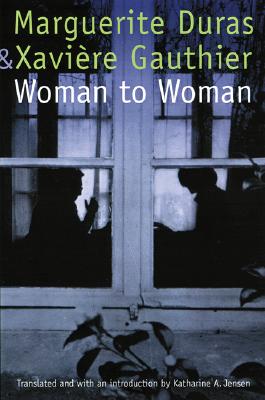 In the summer of 1973, the journalist Xavière Gauthier interviewed the writer and filmmaker Marguerite Duras for an article in Le Monde. The meeting began a productive friendship between the two women that included the recording of four more interviews. They spoke of writing, literature, criticism, film, madness, sex, desire, alienation, Marxism, the situation of women, and their "oppression by the phallic class." Published in 1974 in France as Les Parleuses, the book became a classic statement of a positive and politically forceful feminist stance and an influential exploration of how Western culture has constructed gender roles and dealt with sexuality.

Marguerite Duras (1914–96) published forty books, including L’amant (The Lover), which won France’s most famous literary award, the coveted Goncourt Prize. The film Hiroshima mon amour, made from her script and dialogues, brought her international recognition. Xavière Gauthier is the author of numerous books of fiction, poetry, biography, and feminist criticism. She is at the Centre National de la Recherche Scientifique in France. Katharine A. Jensen is an associate professor of French at Louisiana State University.

As both a political and artistic statement, the book has earned the reputation of an underground classic. . . . These seemingly casual dialogues cast a spell that is as insightful as it is provocatively constructive."—Booklist

"These five interviews. . . . mark the development of feminist positions on culture in France, especially regarding the debates on female difference."—Journal of Modern Literature

"The conversations between Duras and Gauthier are gripping, poetic, and refreshing."—Bloomsbury Review