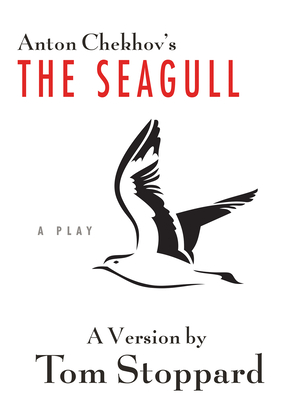 Stoppard's masterful adaptation of Chekhov's best-loved play has been lauded by critics for its shining prose as well as its faithfulness. The play opens at a country estate, where a group of friends and relations have gathered to see the first performance of an experimental play, written and staged by the young man of the house, Konstantin. Among the audience are Konstantin's mother, the actress Arkadina, and her lover, the famous novelist Trigorin. Their glamorous presence not only disrupts the performance, but soon takes on a more profound significance in the lives of all those present. This edition of The Seagull includes an introduction by Stoppard which addresses the issues faced by translators since its first appearance in English in 1909.

Tom Stoppard is the author of such seminal works as Rosencrantz and Guildenstern Are Dead, Jumpers, The Real Thing, Arcadia, The Invention of Love, Travesties, and the trilogy The Coast of Utopia. His screen credits include Parade's End, Shakespeare in Love, Enigma, Empire of the Sun, and Anna Karenina. Anton Chekhov (1860-1904) was a Russian playwright and a master of the modern short story. His plays, including The Seagull, Uncle Vanya, The Three Sisters, and The Cherry Orchard, are among the most widely performed in the world.

“Remains utterly faithful to the original while giving it the lightest dusting of [Stoppard’s] own brisk wit . . . A play that might have been written a hundred days instead of a hundred years ago.” —New York Times

“Stoppard’s recent translation of The Seagull has given us the achingly sad and escapably tragic world that the great Russian playwright envisioned. The work overtakes us . . . Emotions flow like tears.” —New York Daily News

“Stoppard . . . remains faithful to the humor that Chekhov intended to convey amid all the pathos.” —Chicago Tribune