The Complete Works of William Shakespeare: Works include: Romeo and Juliet; The Taming of the Shrew; The Merchant of Venice; Macbeth; Hamlet; A Midsummer Night's Dream (Chartwell Classics) (Hardcover) 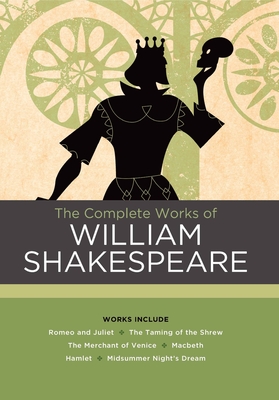 "I would challenge you to a battle of wits, but I see you are unarmed." —William Shakespeare

Arm yourself with this volume from the Charwell Classic series, The Complete Works of William Shakespeare, including 17 comedies, 10 histories, 10 tragedies, 154 sonnets, and 4 narrative poems of the world's most influential writer. This collection includes poems and plays that were excluded in Shakespeare's First Folio of 1623 to make one complete, authentic collection.

Essential volumes for the shelves of every classic literature lover, the Chartwell Classics series includes beautifully presented collections from some of the most important authors in literary history. Offering the most complete compilation of each set of works, Chartwell Classics are the editions of choice for the most discerning literature buffs.

William Shakespeare was an English poet and playwright, widely regarded as the greatest writer in the English language and the world's pre-eminent dramatist. He is often called England's national poet and the "Bard of Avon." His extant works include some collaboration, consisting of about 38 plays, 154 sonnets, two long narrative poems, and a few other verses, the authorship of some of which is uncertain. His plays have been translated into every major living language and are performed more often than those of any other playwright.

John Lotherington has written widely on Renaissance literature and history, including co-authored surveys of sixteenth-century Europe, Years of Renewal, and sixteenth-century England, The Tudor Years.  He is at present a Program Director at the Salzburg Global Seminar.