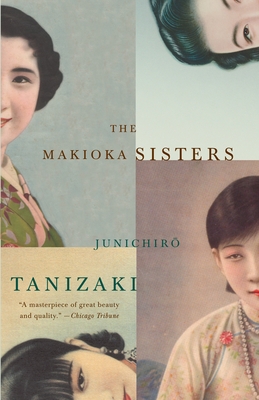 Junichirō Tanizaki’s magisterial evocation of a proud Osaka family in decline during the years immediately before World War II is arguably the greatest Japanese novel of the twentieth century and a classic of international literature.

Tsuruko, the eldest sister of the once-wealthy Makioka family, clings obstinately to the prestige of her family name even as her husband prepares to move their household to Tokyo, where that name means nothing. Sachiko compromises valiantly to secure the future of her younger sisters. The shy, unmarried Yukiko is a hostage to her family’s exacting standards, while the spirited Taeko rebels by flinging herself into scandalous romantic alliances and dreaming of studying fashion design in France. Filled with vignettes of a vanishing way of life, The Makioka Sisters is a poignant yet unsparing portrait of a family—and an entire society—sliding into the abyss of modernity. It possesses in abundance the keen social insight and unabashed sensuality that distinguish Tanizaki as a master novelist.

“A masterpiece of great beauty and quality.” –Chicago Tribune

“Skillfully and subtly, Tanizaki brushes in a delicate picture of a gentle world that no longer exists.” –San Francisco Chronicle