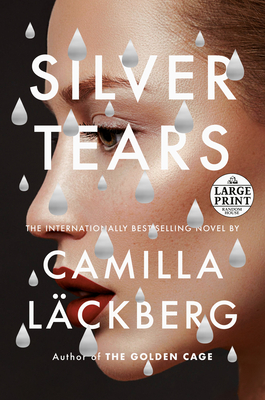 From the internationally bestselling author of The Golden Cage comes a bold, mesmerizing thriller of seduction, deceit, and female power, in which a woman’s secret cannot stay buried forever.

Faye Adelheim is living a delicious lie. She is wealthy beyond imagination, she is the Chairman of her self-made global cosmetics brand, and her ex-husband, the monster who killed her beloved daughter Julienne, is living out the remainder of his days behind bars.

But unbeknownst to journalists, police officers, and investors, and even the lovers she occasionally invites to her bed, Faye has a secret: her daughter is, in fact, alive and well and so is her mother, the woman Faye’s father was sentenced for allegedly killing years ago.

Together, three generations of women have survived in hiding from the men who sought to destroy them. But unfortunately for Faye, cages are meant to be opened, pillow talk can lead to betrayal, and secrets always end in tears.

CAMILLA LACKBERG is the prize-winning, best-selling author of the Fjallbacka series, which has sold more than 23 million copies worldwide. Her books are sold in over 60 countries and have been translated into 43 languages. She lives in Stockholm.

"Absolutely riveting... For this review, I tried to learn my first word of Swedish—unfortunately, 'bravo' is the same in both languages.
—Drew Gallagher, Fredericksburg Free Lance-Star

“The plot careens at breakneck speed through steamy sex scenes, startling revelations, and flashbacks to Faye’s very dark childhood… A scandal-filled page-turner sure to delight the beach-read crowd.”
—Kirkus

"This tribute to lusty sisterhood is a must for Scandi noir fans."
—Publishers Weekly (Starred Review)