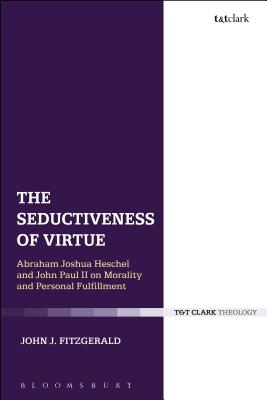 By John J. Fitzgerald
$49.39
Available from our Distributors - Usually arrives in-store in 2-7 days

John J. Fitzgerald addresses here one of life's enduring questions - how to achieve personal fulfillment and more specifically whether we can do so through ethical conduct. He focuses on two significant twentieth-century theologians - Rabbi Abraham Joshua Heschel and Pope John Paul II - seeing both as fitting dialogue partners, given the former's influence on the Second Vatican Council's deliberations on the Jews, and the latter's groundbreaking overtures to the Jews in the wake of his experiences in Poland before and during World War II.

Fitzgerald demonstrates that Heschel and John Paul II both suggest that doing good generally leads us to growth in various components of personal fulfillment, such as happiness, meaning in life, and freedom from selfish desires. There are, however, some key differences between the two theologians - John Paul II emphasizes more strongly the relationship between acting well and attaining eternal life, whereas Heschel wrestles more openly with the possibility that religious commitment ultimately involves anxiety and sadness. By examining historical and contemporary analyses, including the work of the Fourteenth Dalai Lama, the philosopher Peter Singer, and some present-day psychologists, Fitzgerald builds a narrative that shows the promise and limits of Heschel's and John Paul II's views.