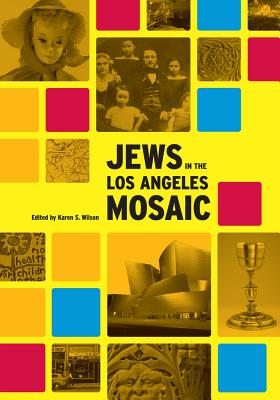 Influenced by popular notions that the West is a place of vanishing Jews and disappearing Judaism, most people draw a blank at the words “Los Angeles Jew.” Yet, the region is home to the second largest number of Jews in North America, and boasts the fourth largest Jewish population in the world, behind only Tel Aviv, New York City, and Jerusalem. This book, and its companion exhibition at the Autry National Center, reveals how Los Angeles has shaped Jewish identities and how Jewish Angelenos have shaped the metropolis.

Six incisive essays look at the mutual influence of people and place as they examine Jewish engagement with frontier society, yidishe kultur and union activism, ethnic identity and Hollywood movies, Jewish women and local politics, and Jews making music in Los Angeles. The book is illustrated with a wealth of images that illustrate how Jews, operating both at the center and the margins of power, have contributed to the place and myth called Los Angeles.

Karen Wilson is the Kahn Post-Doctoral Research Fellow with the UCLA Center for Jewish Studies, a lecturer in the UCLA Department of History, and guest curator of the Autry National Center’s exhibition, Jews in the Los Angeles Mosaic.