The Year of the Hunter (Paperback) 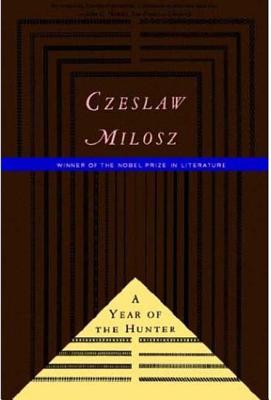 Like Native Realm, Czeslaw Milosz's autobiography written thirty years earlier, A Year of the Hunter is a "search for self-definition." A diary of one year in the Nobel laureate's life, 1987-88, it concerns itself as much with his experience of remembering as with the actual events that shape his days. Shuttling between observations of the present and reconstructions of the past, he attempts to answer the unstated question: Given his poet's personality and his historical circumstances, has he managed to live his life decently?

From Milosz's thoughts on the Catholic Church and his conversations with Pope John Paul II to his impatience with sixties American radicalism and his reflections on the avant-garde, A Year of the Hunter brims with caustic wit and shrewd observations about people, places, politics, and literature. Milosz also gives us a deeply personal portrait of life in pre-war Poland in which he charts his conflicting feelings about Poland and the Polish people.

Lively in tone, impressive in its intellectual breadth, A Year of the Hunter offers a splendid introduction to Milosz for new readers and, for those who know his essays and poetry, the pleasure of watching him master another genre.