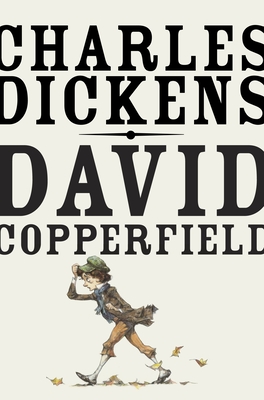 By Charles Dickens
Email info@chaucersbooks.com or call (805) 682-6787 for price
Backordered

Charles Dickens’s most famous novel was also his own favorite, and the one that drew most on his own life story.

David Copperfield is the classic account of a boy growing up in a world that is by turns magical, fearful, and grimly realistic. In a book that is part fairy tale and part thinly veiled autobiography, Dickens transmutes his experiences into a brilliant series of comic and sentimental adventures in the spirit of the great eighteenth-century novelists he so much admired. Few readers can fail to be touched by David’s fate, and fewer still to be delighted by his story. The cruel Murdstone, the feckless Micawber, the unctuous and sinister Uriah Heep, and David Copperfield himself, into whose portrait Dickens poured so much of his own early life, form an enduring part of our literary legacy.

Charles Dickens (1812-1870) was born in Portsmouth, England, and spent most of his life in London. When he was twelve, his father was sent to debtor’s prison and he was forced to work in a boot polish factory, an experience that marked him for life. He became a passionate advocate of social reform and the most popular writer of the Victorian era.

"The most perfect of all the Dickens novels." --Virginia Woolf