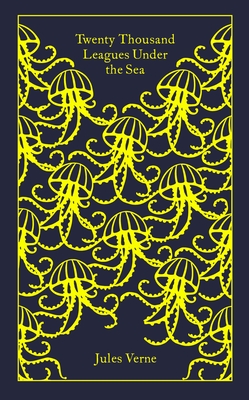 In this thrilling adventure tale by the father of science fiction, three men embark on an epic journey under the sea with the mysterious Captain Nemo aboard his submarine, the Nautilus. Over the course of their fantastical voyage, they encounter the lost city of Atlantis, the South Pole, and the corals of the Red Sea. Along the way, they must battle countless adversaries both human and monstrous. This triumphant work of the imagination shows the limitless possibilities of science and the dark depths of the human mind.

David Coward (translator) is emeritus professor of French at the University of Leeds. He has translated numerous French classics, including Molière’s plays, Simenon’s novels, and Albert Cohen’s Belle du Seigneur, for which he was awarded the Scott-Moncrieff prize in 1996.

Coralie Bickford-Smith (cover design) is an award-winning designer at Penguin Books (U.K.), where she has created several highly acclaimed series designs. She studied typography at Reading University and lives in London.