Hunters, Herders, and Hamburgers: The Past and Future of Human-Animal Relationships (Paperback) 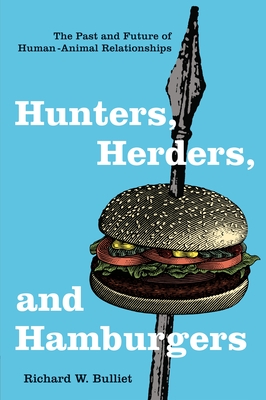 By Richard Bulliet
$39.10
Available from our Distributors - Usually arrives in-store in 2-7 days

Richard W. Bulliet has long been a leading figure in the study of human-animal relations, and in his newest work, Hunters, Herders, and Hamburgers, he offers a sweeping and engaging perspective on this dynamic relationship from prehistory to the present. By considering the shifting roles of donkeys, camels, cows, and other domesticated animals in human society, as well as their place in the social imagination, Bulliet reveals the different ways various cultures have reinforced, symbolized, and rationalized their relations with animals. Bulliet identifies and explores four stages in the history of the human-animal relationship-separation, predomesticity, domesticity, and postdomesticity. He begins with the question of when and why humans began to consider themselves distinct from other species and continues with a fresh look at how a few species became domesticated. He demonstrates that during the domestic era many species fell from being admired and even worshipped to being little more than raw materials for various animal-product industries. Throughout the work, Bulliet discusses how social and technological developments and changing philosophical, religious, and aesthetic viewpoints have shaped attitudes toward animals. Our relationship to animals continues to evolve in the twenty-first century. Bulliet writes, "We are today living through a new watershed in human-animal relations, one that appears likely to affect our material, social, and imaginative lives as profoundly as did the original emergence of domestic species." The United States, Britain, and a few other countries are leading a move from domesticity, marked by nearly universal familiarity with domestic species, to an era of postdomesticity, in which dependence on animal products continues but most people have no contact with producing animals. Elective vegetarianism and the animal-liberation movement have combined with new attitudes toward animal science, pets, and the presentation of animals in popular culture to impart a distinctive moral, psychological, and spiritual tone to postdomestic life.

Richard W. Bulliet is professor of history at Columbia University. He is the author of The Case for Islamo-Christian Civilization; Islam: The View from the Edge; and The Camel and The Wheel and the editor of The Columbia History of the Twentieth Century.