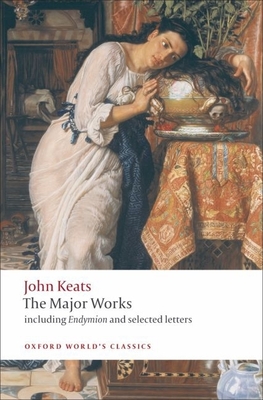 This authoritative edition was originally published in the acclaimed Oxford Authors series under the general editorship of Frank Kermode. It brings together a unique combination of Keats's poetry and prose - all the major poems, complemented by a generous selection of Keats's letters - to
give the essence of his work and thinking. In his tragically short life Keats wrote an astonishing number of superb poems; his stature as one of the foremost poets of the Romantic movement remains unassailable. This volume contains all the poetry published during his lifetime, including Endymion in its entirety, the Odes, Lamia, and both
versions of Hyperion. The poetry is presented in chronological order, illustrating the staggering speed with which Keats's work matured. Further insight into his creative process is given by reproducing, in their original form, a number of poems that were published posthumously. Keats's letters are admired almost as much as his poetry and were described by T. S. Eliot as certainly the most notable and most important ever written by any English poet. They provide the best biographical detail available and shed invaluable light on Keats's poems. About the Series: For over 100 years Oxford World's Classics has made available the broadest spectrum of literature from around the globe. Each affordable volume reflects Oxford's commitment to scholarship, providing the most accurate text plus a wealth of other valuable features, including expert
introductions by leading authorities, voluminous notes to clarify the text, up-to-date bibliographies for further study, and much more.