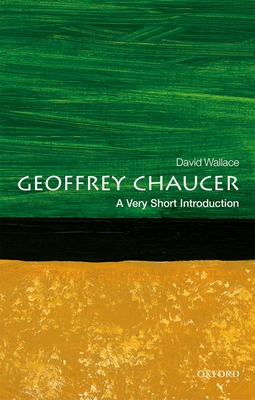 Originally writing over 600 years ago, Geoffrey Chaucer is today enjoying a global renaissance. Why do poets, translators, and audiences from so many cultures, from the mountains of Iran to the islands of Japan, find Chaucer so inspiring? In part this is down to the character and sheer inventiveness of Chaucer's work. At the time Chaucer's writings were not just literary adventures, but also a means of convincing the world that poetry and science, tragedy and astrology, could all be explored through the English language. French was still England's aristocratic language of choice when Chaucer was born; Latin was used for university education, theological discussion, and for burying the dead. Could a hybrid tongue such as English ever generate great writing to compare with French and Latin? Chaucer, miraculously, believed that it could, through gradual expansion of expressiveness and scientific precision. He was never paid to do this; he was valued, rather, as a capable civil servant, regulating the export of wool and the building of seating for royal tournaments. Such experiences, however, fed his writing, leading him to achieve a range of social registers, from noble tragedy to barnyard farce, unrivalled for centuries. His tale-telling geography is vast, his fascination with varieties of religious
belief endless, and his desire to voice female experience especially remarkable. Many Chaucerian poets and performers, today, are women. In this Very Short Introduction David Wallace introduces the life, performance, and poetry of Chaucer, and analyses his astonishing and enduring appeal. Previously published in hardback as Geoffrey Chaucer: A New Introduction ABOUT THE SERIES: The Very Short Introductions series from Oxford University Press contains hundreds of titles in almost every subject area. These pocket-sized books are thE perfect way to get ahead in a new subject quickly. Our expert authors combine facts, analysis, perspective, new ideas, and enthusiasm to make interesting and challenging topics highly readable.

David Wallace studied at York and Cambridge. Currently Judith Rodin Professor of English at the University of Pennsylvania, he has held visiting positions at Jerusalem, Melbourne, London, and Princeton. He has served as President of the New Chaucer Society, is currently Second Vice President of the Medieval Academy of America, and has made a series of documentaries for BBC Radio 3. He most recently published Europe: A Literary History, 1348-1418 (2016) and Strong Women (2012), both with OUP.