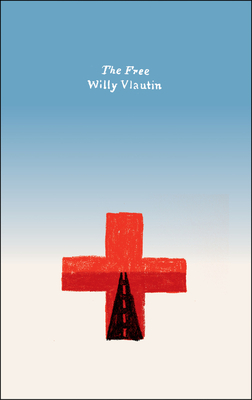 By Willy Vlautin
$10.00
This title is likely Out of Print or otherwise unavailable

“There may not be another writer whose new work I look more forward to than Willy Vlautin. With just three novels under his belt, he's managed to create a collection of work that reflects the reality of the down-and-out working class in modern America. In his best book yet, the plights of three main characters intertwine as each struggles to overcome hardship and create a better life despite the odds being stacked against them. In a story full of heartbreak yet somehow ultimately uplifting, Vlautin once again demonstrates the power and beauty to be found in our own humanity.”
— Cody Morrison, Square Books, Oxford, MS

Award-winning author of Don’t Skip Out on Me and The Motel Life, and Lean on Pete, Willy Vlautin demonstrates his extraordinary talent for confronting issues facing modern America, illuminated through the lives of three memorable characters who are looking for a way out of their financial, familial, and existential crises in The Free.

While serving in Iraq, veteran Leroy Kervin suffered a traumatic brain injury. Frustrated by the simplest daily routines, and unable to form new memories, he eventually attempts suicide. Lying in a coma, he retreats deep inside the memories locked in his mind.

Freddie McCall works two jobs and still can't make ends meet. He's lost his wife and kids, and the house is next. Medical bills have buried him in debt, a situation that propels him to consider a lucrative—and dangerous—proposition.

Pauline Hawkins is a nurse at the local hospital. Though she attends to others' needs with practical yet firm kindness, including her mentally ill elderly father, she remains emotionally removed. But a new patient, a young runaway, touches something deep and unexpected inside her.

The lives of these characters intersect as they look for meaning in desperate times. Heartbreaking and hopeful, The Free is a testament to the resiliency of the human heart. The Free also includes a P.S. Section (additional material in the back of the book) with interviews, insights, and more about the author. Vlautin is the founder of the alternative country band Richmond Fontaine and his debut novel, The Motel Life, has been made into a film starring Emile Hirsch, Stephen Dorff, Dakota Fanning, and Kris Kristofferson.

Willy Vlautin is the author of the novels The Motel Life, Northline, Lean on Pete, The Free, and Don’t Skip Out on Me. He is the founding member of the bands Richmond Fontaine and The Delines. He lives outside Portland Oregon.

“A portrait of American life that is so hard and so heartbreaking that it should be unbearable, but it isn’t. The straightforward beauty of Vlautin’s writing, and the tender care he shows his characters, turns a story of struggle into indispensable reading. I couldn’t recommend it more highly.”
— Ann Patchett

“Courageous, powerful, and mercifully refreshing, The Free is nothing less than an affirmation, that rare novel about lost souls which dares to be hopeful in the face of despair. Vlautin’s hard knock characters will break your heart with their humanity and grace.”
— Jonathan Evison, author of The Revised Fundamentals of Caregiving

“The Free is a graceful portrayal of an underrepresented side of American life. Willy Vlautin never overreaches, or takes the easy road, and his words have the heft of permanence.”
— Patrick deWitt, author of The Sister Brothers

“The Free is another outstanding book from one of America’s most underappreciated artists.”
— George Pelecanos

“Willy Vlautin is one of the bravest novelists writing.... An unsentimental Steinbeck, a heartbroken Haruf, Willy Vlautin tells us who really lives now in our America, our city in ruins.”
— Ursula K. Le Guin

“Willy Vlautin’s magnificent novel The Free is as raw as it is beautiful, as brutal as it is honest. But despite the difficult truths of his intertwined tales, Vlautin’s characters will lift you up with their quiet compassion and profound dignity.”
— Ivy Pochoda, author of Visitation Street

“Brilliant and beautiful...what a gorgeous book. There are so few writers out there with such ambitious humility.”
— Sarah Hall

“Few contemporary western writers tell the truth with the unerring eye of Willy Vlautin, a literary realist whose emotionally charged characters achieve that rarest of goals in fiction-to tell a great story, and The Free is Vlautin at his best.”
— Craig Johnson, author of the Walt Longmire Mysteries, the basis for A&E's hit series Longmire

“Willy Vlautin writes novels about people all alone in the wind. His prose is direct and complex in its simplicity, and his stories are sturdy and bighearted and full of lives so shattered they shimmer.”
— Cheryl Strayed, The Oregonian

“...a story of our times-about the lack of work, the cost of health insurance, the demonizing of war and the damage to life in the working class. Vlautin writes cleanly, beautifully about the people who hang on despite odds.... A fine novel...bounded by courage and kindliness.”
— Kirkus Reviews

“With straightforward economy, he draws us into [the characters’] seemingly intractable problems, revealing their persistence and decency... Vlautin’s unadorned narrative is affecting; these unassuming characters bore into us in surprising ways.”
— New York Times Book Review

“With heartbreaking yet hopeful prose Vlautin weaves together a brutally honest tale of pain and isolation in America....Vlautin’s novels cast a spotlight on the underclass and underbelly of this land and gives voice to those who may no longer have one.”
— New York Journal of Books

“The Free is [Vlautin’s] best achievement yet, a profound look at characters living on the margins, honest people who have been hit hard by the dark realities of a difficult world.... Walking away from The Free, I felt a renewed sense of humanity and hope.”
— Los Angeles Review of Books

“Vlautin’s writing is spare and straightforward, in the ‘dirty realist’ tradition of Carver.  [The Free] confirms him as an accomplished novelist, not just a rocker dabbling in the form.”
— Financial Times

“[I]t is love, in all-American, over-salted, extra-large portions, that in the end makes The Free original and compelling.”
— The Guardian

“[Vlautin’s] gentle candour infuses his writing with an urgency that suits its hand-held filmic feel, and The Free is like a Sundance contender.”
— Irish Times